The group has produced the first version of the list of tools for implementation in WP3-7 to help these WPs formulating relevant weed control strategies for the specific crops. This work is continuing and will be expanded further with relevant tools as they become known or emerge as new innovations.

Experimentation with inter-row cultivation in cereals in Denmark was initiated in winter wheat in the autumn 2017 and continued in spring barley in spring 2018. However, the winter wheat experiment was abandoned in spring 2018 due to poor crop establishment following an extremely wet autumn 2017 and very delayed sowing. The experiment in spring barley includes new designs of shares and shanks by the Danish company AgroIntelli (agrointelli.com), specifically developed for inter-row hoeing at small inter-row spacings. The experiments are also planned for winter wheat later this year.

Inter-row cultivation is conducted in maize in Italy and a new prototype cultivator with band-spraying equipment was assembled in July 2017 in collaboration with the company Maschio Gaspardo (maschio.com). The first test was made in autumn 2017 at BBCH 14-15. However, not all planned tests were possible to accomplish due to very wet weather conditions in autumn 2017. So further tests are planned for 2018 to adjust and optimise the prototype.

Thermal intra-row weed control in sugar beets is progressing with tests of different heating sources for weed destruction. Especially, flaming using high temperature gas burners was promising providing a very effective and distinct control of the test plants. During spring 2018 several lanes with sugar beets were established at Flakkebjerg Research Centre in Denmark to train vision software for recognising sugar beet plants based on deep learning technology. The intentions is to combine the camera software with thermal weed destruction to build a robotic weeder for thermal intra-row weed control in sugar beets. Training of the camera software will be continued into the autumn of 2018.

Cover crops and techniques for their establishment are studied in Italy and Denmark. Various cover crop species were established in autumn 2017 in Italy of which many will be subjected to mechanical termination in 2018 such as the cut-roller and roller crimber. Relay-cropping and the termination methods are planned for demonstration during 2018. Fodder radish and ryegrass plus red clover are established in different ways in spring barley grown under six different straw handling and tillage regimes in Denmark. The clover plus ryegrass mixture is undersown in barley and later by broadcasting the seeds two weeks prior to crop harvest. The radish is sown two weeks before crop harvest and immediately after crop harvest. Main focus is on cover crop growth and the ability to suppress weeds in the post-harvest period.

The literature on weed seed collection and destruction at harvest has been reviewed and blackgrass seed retention was assessed on 70 farms during 2017 in the UK. These assessments are continued in 2018 and 2019. Seed retention studies on selected weed species are also planned for France and Italy. Later seed destruction using a seed mill imported from Australia is planned for testing in the UK.

Weed monitoring using sensors and aerial images was started in France with the design of an image acquisition device to allow multi-resolution images. NIAB and IPF in the UK identified study farms to being the activity collecting and interpreting remote sensed data later this year. Collaboration with AgroIntelli in Denmark is planned on proximal sensing of weeds in the field.

Illustration. New designs of share and shank for inter-row cultivation in cereals at small inter-row spacings. 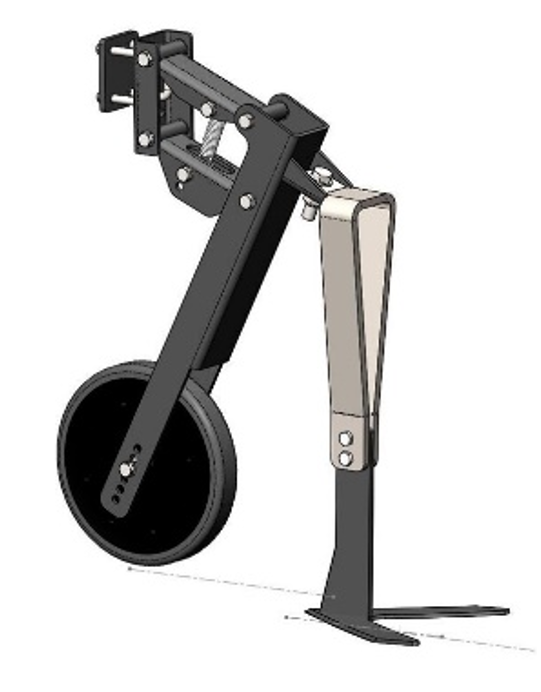 Photo 1. The new shares and shanks in action in spring barley.

#IWMPRAISE is organising a one-day symposium on 19 June in Athens, at same location as the @ewrs_2022, to present and discuss the main results and outcomes of the project, find out more:
https://iwmpraise.eu/events/

A new inspiration sheet from #IWMPRAISE, in French, with results on weed management without glyphosate

The presentation of #IWMPRAISE Spanish partners of the study of the effect of cover crops on population of Conyza sp. in olive orchards

The poster presented on the intergrated weed managment in olive orchards: #IWMPRAISE Spanish partners studied the effect of cover crops on biodiversity, yiled and quality

Status of the work in WP6, the UK National Cluster
Scroll to top